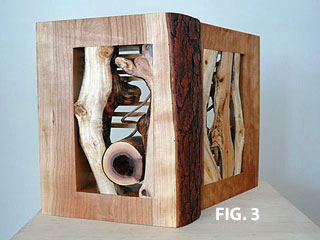 Recently, IMPAK was able to save a beautiful piece of art by applying the science of sorbent systems. An artist’s wooden creation titled, “Between The Lines”, was being removed from exhibition at New York’s Everson Museum of Art. The reason? Bugs were seen emerging from the cherry-hued bark, leaving behind a trail of fine sawdust. The Museum sealed the sculpture in a bag until a solution to the infestation could be found.

Could the rare timbered creation be saved from further damage? Museum staff Karen Convertino, Debora Ryan and Susan Blakely of Westlake Conservators were all consulted, as was retired forestry products professor Paul Manion. The prognosis was not good. They determined that “fogging” and other chemical treatments would harm the art and not eliminate the insects. Freezing was also ruled out, because it could severely damage the glue holding the sculpture together.

IMPAK To The Rescue 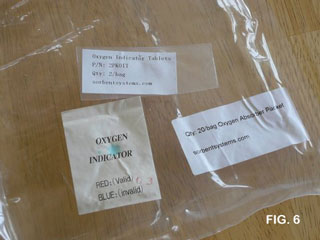 The artist then contacted Los Angeles based IMPAK (he did some research on oxygen absorbing processes), wondering if his artwork could still be saved. We suggested a novel use of our multi-structure packaging and oxygen absorbing packets. If the oxygen level around the sculpture could be reduced to 0.01 percent, then the infestation could be wiped out safely and effectively. 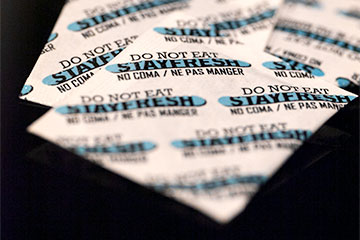 Ms. Jessica Morales, one of IMPAK’s experts on packaging, sealers and sorbents, advised on the materials required to suck out the air and kill the wood-boring pests. A 26 inch X 36 inch clear PAKVAK5.0 Bag was ordered, as were Oxygen Absorber Packets (an iron based compound) capable of removing the estimated 6,500cc (the correct amount of oxygen absorbers would be in the neighborhood of 6,500cc (26" x 36" x 2" = 1,872 cubic inches converted to cc = ~31,000cc x 0.21 = 6,510 not taking into consideration the artwork which will displace some O2) of oxygen, along with several Oxygen Indicator Tablets (to detect depleted oxygen levels in the bag). Learn more about oxygen absorbers at https://www.sorbentsystems.com/Oxygen_Absorber_Facts.pdf 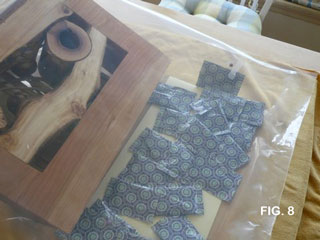 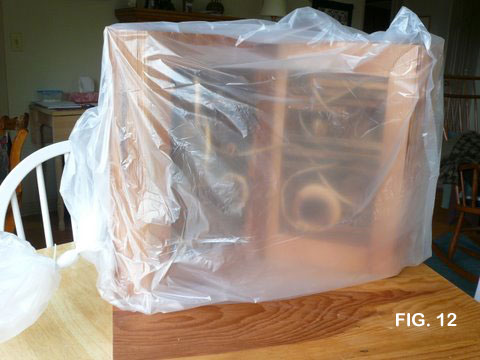 Not having a commercial heat sealer for the bag, an IMPAK handheld HotJaw (constant heat) sealer was utilized. The Oxyfree packets were left to absorb all the oxygen in the bag. Since our atmosphere is about 21 percent oxygen, this took 48 hours. After two days, the implanted indicator tablets turned pink, indicating very low oxygen levels surrounding the artwork. The bag was left undisturbed for another 23 days, after which the artwork was transferred to another untreated plastic bag. A week went by with no new infestation (later determined by State University of New York entomologist Kim Adams to be caused by the Antlered Powderpost and Longhorn beetle.

The work by IMPAK was a success. All the insects were killed courtesy of the company’s sorbent expertise, the artist was thrilled and the Museum reinstalled a beautiful piece of art.