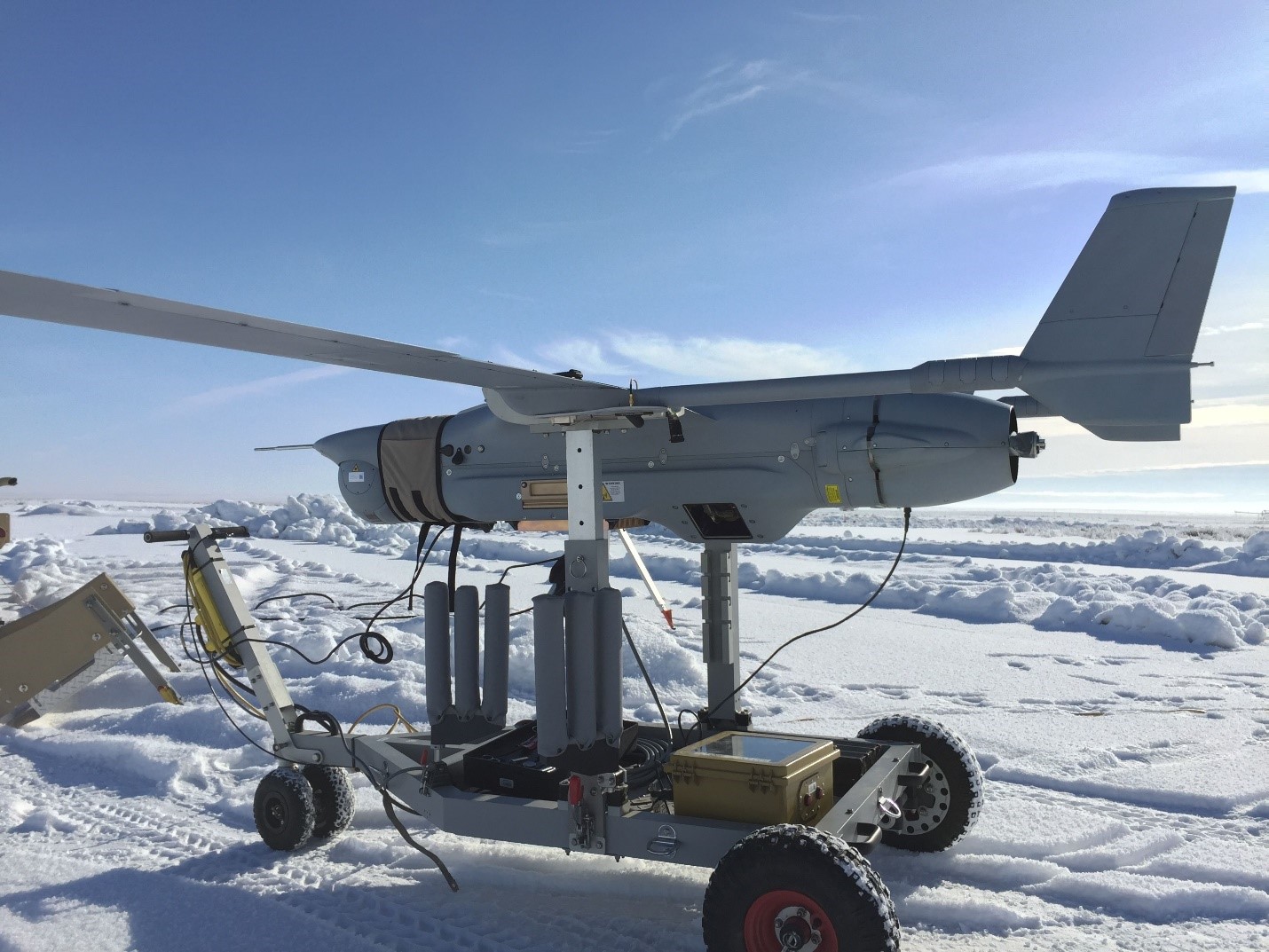 CyPhy Works is one of the world’s largest manufacturers of Delivery Drones, Military, and aerial reconnaissance drones. The company was having issues keeping moisture out of their electric components on their Drone landing platforms that would house the Reconnaissance Drones and recharge/ transfer data. They Started to accumulate rust on some of their components, and needed a solution that is viable and sustainable to prevent corrosion.

These drones are housed all over the world with relative humidity (RH) levels fluctuating. The compartment that houses the electronics is hermetically sealed. Based on some of our research we know that a unit (approximately one ounce) is the amount of desiccant that will absorb at least three grams of water vapor at 20% relative humidity and at least six grams of water vapor at 40% relative humidity at 77 degrees F(25 degrees C). That being said, one location in MA experiences average RH levels between 50% – 75% on most days. In order to curb the RH levels to reduce moisture content in a 3 cubic foot enclosure, a solution of using a desiccant is recommended.

Before reaching out to IMPAK Corporation, CyPhy Works was adding additional casings over their enclosures in hopes that a double barrier would help stop the moisture. However, this didn’t take into account the moisture and RH that is currently present in the enclosure, which will fluctuate. They were also using 14-gram silica gel packets, which were not doing to trick. When they contacted IMPAK Corporation, a solution provided by our desiccant specialist seemed to be the most viable and sustainable. The specialist recommended using the Indicating Silica Gel DriBox. The just one DriBox is able to reduce RH levels to below 20% or more in just three cubic feet. Each platform required two. The other benefit, is there is no need to buy cases of desiccant packets, that once they reach capacity, are thrown away, and need to be replaced constantly. The DriBox is able to be recharged, and has indicator properties to know when they reach their capacity. Since these drones are all over the world, the specialist at IMPAK Corporation knew that Cobalt Chloride (the chemical in the blue indicating silica gel that turns it from blue to pink) is restricted in the European Union (EU) IMPAK Corporation offers a Cobalt Chloride free Orange Indicating Desiccant Silica Gel DriBox for such situations.

CyPhy Works made an initial purchase of just 150 of our orange indicating DriBoxes. Upon their R&D process, they found that each box when used and sealed properly, can last more than 4 months in the platforms. They have also saved on no longer purchasing and wasting thousands of disposable desiccants. They are able to bake the moisture of the Driboxes, and constantly do so when it comes time to replace them. This DriBox product is now part of their specification on repair and maintenance of their Drones in both the US and Overseas markets. The company has since then purchased hundreds of these Driboxes and are very appreciative of IMPAK Corporation and their ability to provide solutions to environmental challenges.

Have a unique application that you'd like IMPAK to help find a solution? Contact us to get started

Use this desiccant calculator to determine the quantity of desiccant you need. Please note: IMPAK recommends this as a starting point, not as a replacement for speaking with one of our trained specialists.

By comparing the properties and capabilities of each desiccant product, it is possible for you to identify the correct desiccant for your needs and make a clear choice. Use the description and chart on this page to compare desiccants such as molecular sieve, silica, and montmorillonite clay.

When dealing with moisture problems in packaging, a wide array of variables can make it difficult or confusing to develop solutions. These variables can be classified into two main groups:
1) those pertaining to the product, its package, and the environment;
2) the physical and chemical properties of commercially available desiccants.