IMPAK set out to provide a cost-effective solution that would split the bag into 3 separate bags, without compromising the sterility of the aseptically filled contents.

Sealing Through a Filled Bag

IMPAK’s challenge was to develop a solution that would push the condensed milk out of the way and allow the two sides of the bag to bond completely. To achieve this, IMPAK upgraded the sealer’s standard TIC to a state of the art Siemens controller. The upgraded Siemens controller allowed for individual control of each heating element, as well as pressure and temperature readings down to the millisecond. This level of control allowed the technicians at IMPAK to find the precise balance of temperature, pressure and sealing time that would create a hermetic seal, right through the condensed milk.

The simple solution was to cut the bags down the length of the seals. The original seal width was narrow and left little room for error, so new wider seal bars were installed. The upgraded sealer along with a new guillotine bag cutter completed the process and Galloway now had a way to separate their pre-filled bags.

Challenge: IMPAK was contacted by a large firm that manufactures plastic films with a challenge; upgrade a hand held heat sealer with old technology TIC (temperature impulse controller) and timer so that precise heat and cool temps can be measured and monitored. The heat sealer is used in their QC Lab and research and design lab to construct and test prototypes.

Background: The customer had a hand held heat sealer that was produced by Aline Corporation (www.alinesys.com) that was no longer functioning. Although Aline went bankrupt in 2012, IMPAK Corporation’s Machinery Group is committed to supporting and manufacturing all of the sealing units that were previously produced by Aline. They were hoping to repair the sealer quickly and economically.[see full article] 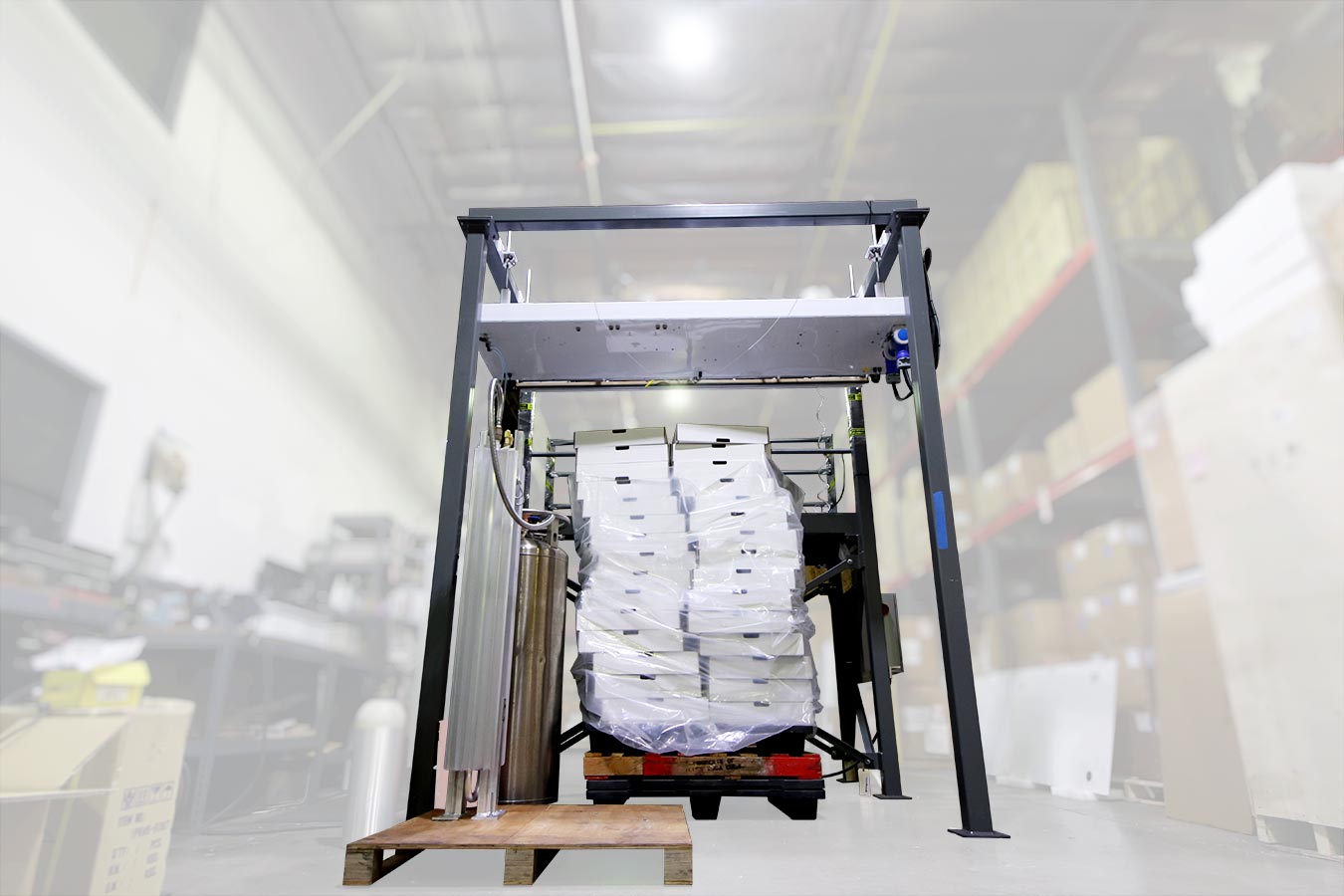 Develop Advanced Gas Mixing System to Ship Seafood UNFROZEN while maintaining Freshness, Quality and Extending Shelf Life.In 2017 IMPAK was contacted by a firm with a challenge; to devise a system to transport fresh fish and other proteins virtually anywhere in the world without the need for being frozen. Their concept required a large, 100-inch seal length, heat sealer with vacuum AND gas flush to suspend time and force out destructive gases. Not only does this save on expensive airfreight, it also eliminates environmentally harmful Expanded Polystyrene (EPS) packaging and expensive airfreight.

The customer has a heat sealing machine that was produced by Aline Corporation (www.alinesys.com). Although Aline went bankrupt in 2012, IMPAK Corporation’s Machinery Group is committed to supporting and manufacturing all of the sealing units that were previously produced by Aline. Our client is requesting several additional sealers to facilitate their expansion in Scandinavia and South America.[see full article]